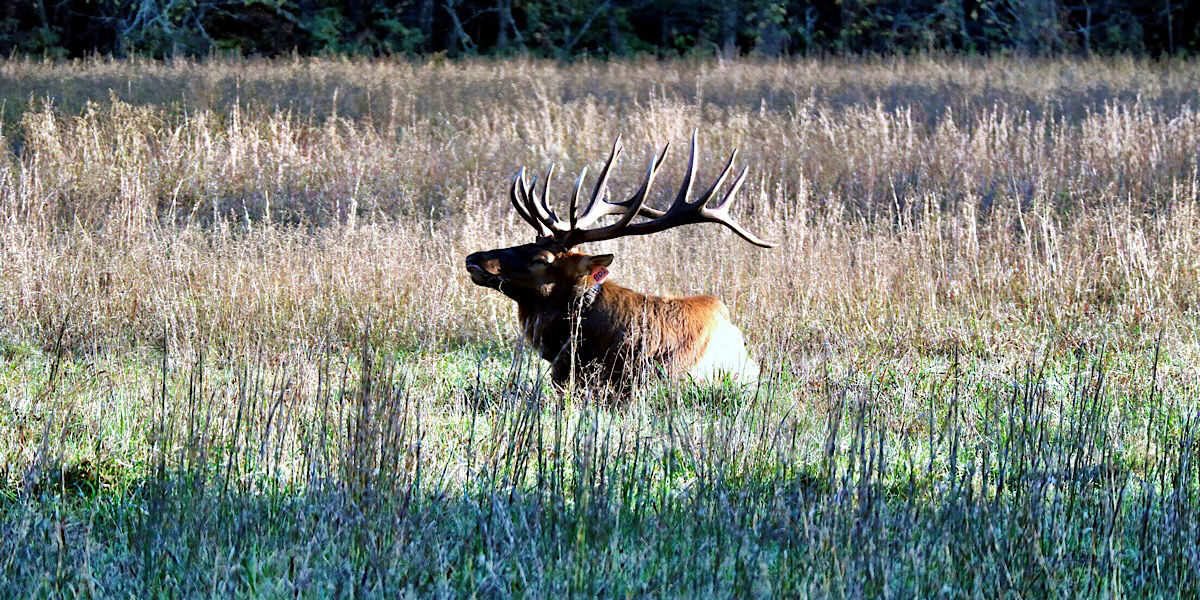 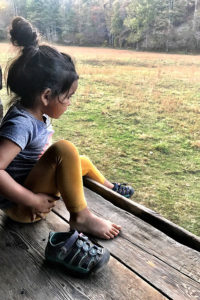 Checking out the view from the barn

We still feel like tourists even though it’s been almost a year since we’ve moved here and I imagine we will feel like this a while.  A few weeks ago we explored Cataloochee Valley where the Elk roam about the meadows during the “rut” or mating season. The valley was an old mountain settlement nestled in the meadows and is definitely worth exploring for kids of any age. There is also a hiking trail and tours which vary depending on the season. Spending the day with my brother-in-laws’ family was perfect since there was lots to keep us all busy. 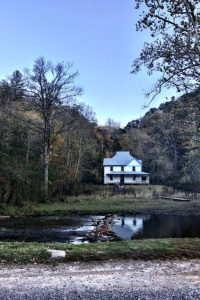 Reading about the area before we moved, we knew there was a lot of hiking and things to do within a relatively close distance to where we live in Asheville. But Cataloochee Valley for some reason, seemed like it would be further–it wasn’t! Just 45 minutes from where we live and some winding back roads later, we met our destination. The time it takes to get anywhere seems shorter because the scenic drive just takes over and you forget how long you’ve been driving. When we pulled up into what was officially the Great Smoky Mountains National Park, the first thing we noticed was the slowed traffic and open fields. There are signs that tell you keep within the safe distance from the Elk along the road. Within minutes, we saw our first group– the cows and bulls all laying out together.

After being wowed by the elk, we parked our vehicles. My sister-in-law and her daughter and Poppy and I decided to hike around and see some of the old historical buildings while James and his brother went to go fish nearby. The first one was an old barn–when we reached the top after climbing a narrow stair, there were some unstable boards but nothing we weren’t capable of handling. 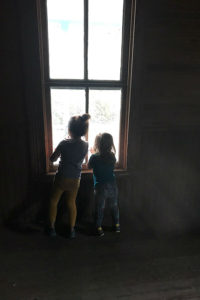 That’s the fun part of taking risks! After looking out from the barn attic, we headed back down the stairs and across the way to The Caldwell House. The house was built in the 19th century and while its original structure is barren of furniture, it’s been well maintained and painted a picturesque white with turquoise blue trim. There is a small stream that runs in front of the property that seriously gives off some old-school, dreamy vibes when staring at it from a distance. The kids were so excited because the only natural light was available so it was pretty dark in most corners. We took turns scaring each other while imagining what life must have been like then. After we went out back we made our way to the porch on the side of the house for a little game of run around and be crazy–old homes always seem to invite this, don’t they? 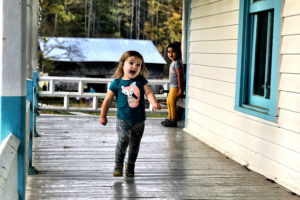 Fun on the Caldwell House porch

We also walked down the road to the old schoolhouse which had no light at all (but we did play a quick game of “school”), and by then it was past the golden hour so we knew it was time to head out. Most of the cars had already left so there was barely anyone leaving. On the main road we saw the elk laying still behind the grass and we watched them– waving goodbye, windows rolled down all the way. 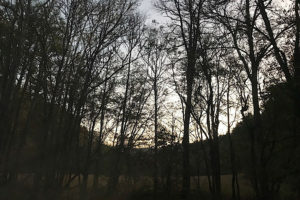 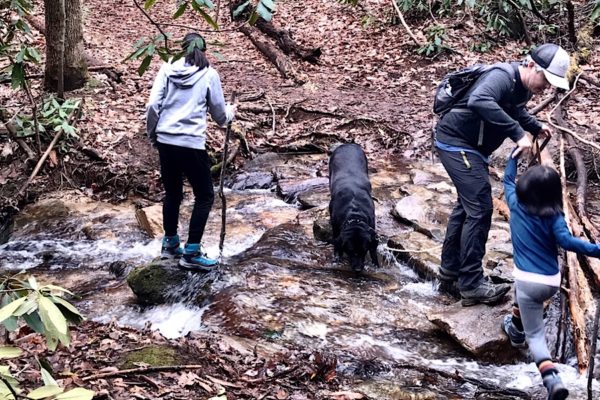 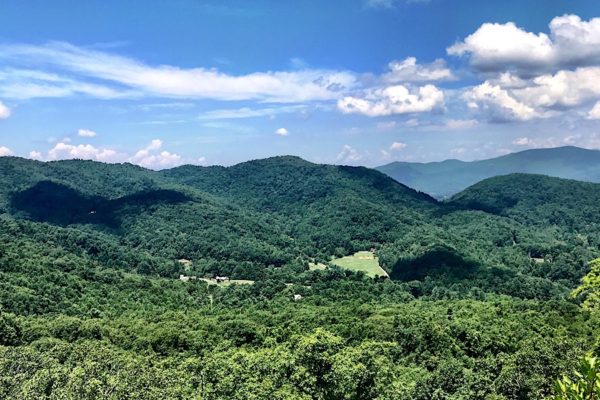 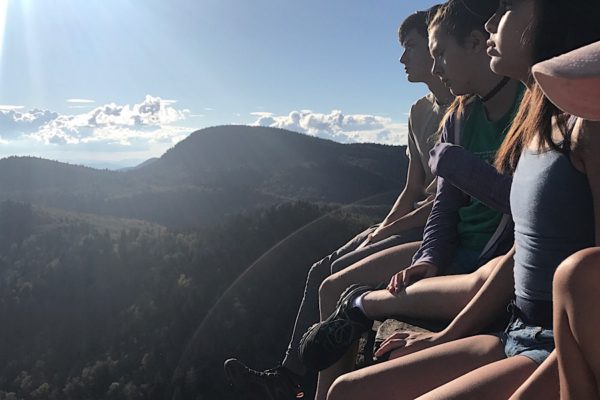